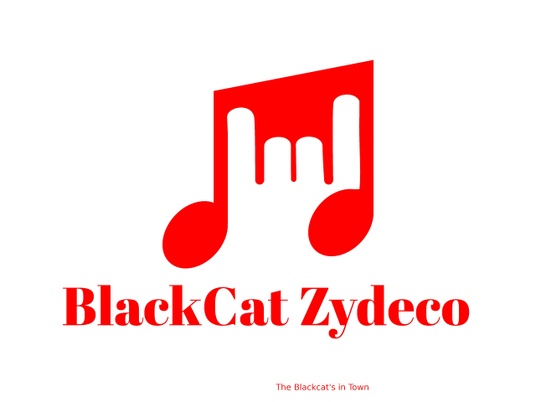 We specialize in the best in Louisiana Zydeco, Cajun and Blues music. Hit us up for your Zydeco and dance party!

Get in Touch with us to book your next event

Drop us a line!

Better yet, see us in person!

"When the Blackcat's  in town, EVERYBODY Party  Down!"

Dwight Carrier popularly known as, “The Black Cat” has become one of the most exciting Zydeco Accordionist of this era. He is deeply rooted in the “Carrier” family tradition, where music has always been a passion and implemented into much of their families past time. He embraces both his family tradition as well as his Cajun Creole Culture. Dwight has always had a unique style that infuses his zydeco, blues, country

Growing up in the small town of Church Point, La in a time where rap music was gaining momentum,

Dwight’s friends would laugh when he and his brother Joseph chose not to take that route. Initially, Joseph

played the accordion while Dwight played the drums. It was after many relentless hours of practicing with

his brother that Dwight grew restless. He yearned to play the accordion. It was with much practice, passion

and determination that Dwight not only learned to play the accordion but was he able to play it well. He and

Joseph switched instruments and it Dwight Carrier & the Zydeco Rockers was created.

R&B 45 LP entitled “My Baby Left Me”, earning him local

status, playing frequently on the zydeco circuit at trail rides and dance halls in and around the state of Louisiana. He realized that his friends were no longer laughing,In 1991, Dwight Carrier was asked to become a member of the Creole Zydeco Snap Band headed by Creole

& Blues musician Warren Ceaser. He accepted the opportunity and became the groups’ accordionist.

Dwight has been able to share his musical talents all over the world including places such as; Italy, Sicily,

Paris France, Central America and many parts of Canada. His influences include everyone from Clifton

Chenier to James Brown with a little old time Zydeco and R&B for good measure.  He has also

son” and world class musician, Bobbie (Spider) Webb to name a few One of the top zydeco bands to come out of Louisiana. Dwight Carrier, Bandleader, accordion player, singer comes from a long line of distinguished musicians originating from Louisiana.

What's something exciting your business offers? Say it here.

When The Blackcat's in Town Everybody Party Down !!!

Check out this great video

We are going to bring The Holiday Cheers

Juat A whole Lotta Fun for the holidays

We invite you to listen to live bands play beautiful music in the park. Enjoy the sounds of Laureen Davis and the Kings, and enjoy wine tastings hosted by 5th Ave Wines and Spirits.

We invite you to listen to live bands play beautiful music in the park. Enjoy the sounds of Laureen Davis and the Kings, and enjoy wine tastings hosted by 5th Ave Wines and Spirits.